Engaging Healthcare in a “Pepsi Challenge”

I sat down this morning to announce the exciting new step in my career, which in some ways, is like bringing The Pepsi Challenge to healthcare. ...
5 minute read
Digital Health Patient Engagement Pharma Startup Healthcare 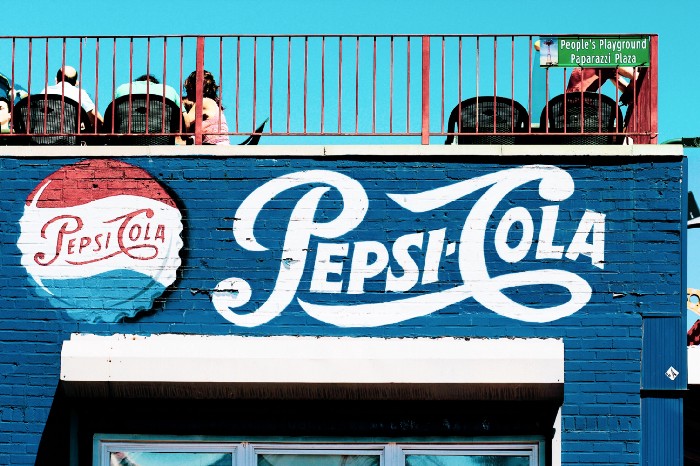 I sat down this morning to announce the exciting new step in my career, which in some ways, is like bringing The Pepsi Challenge to healthcare.

You see, last night I was engrossed in my read of the ever-so-brilliant Malcolm Gladwell’s book Blink: The Power of Thinking Without Thinking.

In it he mulls over The Pepsi Challenge. You read that right, an entire section on the sugary beverage fueling our nation’s obesity and diabetes epidemic.

For twelve pages, Gladwell takes an in-depth look at the great lengths both Pepsi and Coca-Cola went through to conduct “user-testing” and cater to exactly what their customers wanted. At one point in time, Coca-Cola actually changed its legendary formula, developing “New Coke” in an effort to appease consumers.

I couldn’t help but sit dumbfounded thinking about the way these companies went above and beyond to cater to their customers for something as trivial (no offense) as soda pop.

Naturally, my first thought was to ask myself how it is possible that this “frivolous” industry can spend so much time and money satisfying their customers’ needs while on the flip side, healthcare, arguably one of the most important industries in existence (it literally keeps us alive so we can drink said soda pop), never seems to prioritize catering to their consumers.

Don’t get me wrong. I understand we’re not talking apples and apples here. Healthcare is complicated with multiple stakeholders. Historically, pharmaceutical companies have considered their “customer” to be physicians or payers. But what healthcare often loses sight of is that ultimately, the end-user in the equation is the patient.

In virtually every other industry, we design for the end-user. It’s why phrases such as “the customer is always right” and “give the people what they want” are staples in our vernacular. Despite this trend in other industries, healthcare continues to remain far behind the curve when it comes to working alongside the end-user, the patient.

Why is this? Well, at this point I’ve heard about every excuse in the book.

“We just don’t have the budget for patient engagement.”

It’s baffling to me that companies hesitate to allocate budget to patient engagement. Behind the scenes I’ve learned it’s often because there is an internal struggle to argue the business case for patient advocacy and engagement. In response to that, I give you a two word answer: inhaled insulin.

Inhaled insulin was intended to be a blockbuster, game-changing product for diabetes patients, delivering insulin via inhalation instead of injection. It flopped because patients found the delivery device was too cumbersome to use. The pharmaceutical company ended up pulling it from the market, costing them $2.8 billion. Yes, that’s right. Billion with a B. If you were to go back to the team who worked on this project, I bet you anything they would say engaging patients is worth every penny.

No, no it doesn’t. The Food & Drug Administration, the primary regulatory body for pharma is actively encouraging patient engagement. Current FDA commissioner Scott Gottlieb has been an active champion of seeking patient input:

“As the nature of drug development becomes more targeted and as more of the new treatments address specific aspects of disease, our approach to development and regulation must also become more patient focused. Through the input we receive from the patient community we can bridge this critical opportunity between the science and needs of patients.”

In addition to regulatory support, there are plenty of companies who have learned how to successfully engage patients in a compliant way…so this excuse is really no longer valid.

“Patients don’t know what they are talking about.”

Perhaps of all the excuses I hear, this is one I still struggle to wrap my head around the most. While I do believe this paradigm is beginning to shift largely due to millennial influence, the “old guard” of the industry can’t escape history’s iron grip that “doctors know all”.

While patient input should have been par for the course from the outset, it was never viewed as a priority because years ago, patients did not have the same power they hold in the present day. Physicians told patients what to do. Period, end of story. There were few outlets for patients to question authority. Now in the digital age, where any health inquiry can be answered in a matter of seconds by stroking a few keys and visiting “Dr. Google”, patients are empowered to speak up in the physician’s office, go head to head with insurance companies, and set the agenda for their treatment plans.

This means pharma, healthtech, insurance…virtually anyone in healthcare producing products or services that touch the lives of patients should be consulting patients in an effort to stay competitive and produce something patients actually want and need, just as every other industry consults their consumers.

During my time as Head of Patient Advocacy at Clara Health, we supported a company whose trial was on the brink of failure. We brought in patient thought leaders to provide feedback on the recruitment strategy and they gave game-changing feedback on the trial pre-screener. Prior to patient input, countless eligible patients were being screened out because the screener questions didn’t accurately capture the autoimmune patient experience. Upon fixing the pre-screener, we increased enrollment speed by 400% and saved the trial.

Engaging Healthcare in a “Pepsi Challenge”

I first entered the healthcare space as a patient advocate, passionate about doing everything I could to help support the industry saving my life. I blindly followed the notion that we should engage patients because it was the “right thing to do.” But through my work across the healthcare ecosystem, I’ve learned that incorporating the patient voice isn’t just the “right thing to do” from an ethical perspective, it is the right business decision.

Today, I am proud to announce that I will be joining Savvy Cooperative, a patient-owned cooperative dedicated to giving patients direct ways to share their experiences with health innovators, and advocating that they be fairly compensated for their contributions.

It is here, alongside a remarkable team of patient leaders, that we are driving towards our “Pepsi Challenge.” Just as Pepsi and Coca-Cola are dedicated to incorporating their customer voice, we will work tirelessly with every innovator in healthcare until the patient voice is infused across the ecosystem.

Savvy Cooperative accelerates the development of patient-centered products and solutions by providing a gig economy marketplace for patient insights. Companies and innovators can connect directly with diverse patients and consumers to participate in market research, user-testing, discussion boards and co-design opportunities. Using a unique co-op model, Savvy Cooperative is the first patient-owned platform that empowers patients to use their health experiences to advance research, resources and product development. For more information about Savvy Cooperative, please visit www.savvy.coop and follow Savvy Coop on Facebook, Instagram and Twitter.

Tech to the rescue (but not how you think)

In sickness and in wealth - health equity and access