Why I took my clothes off for investors 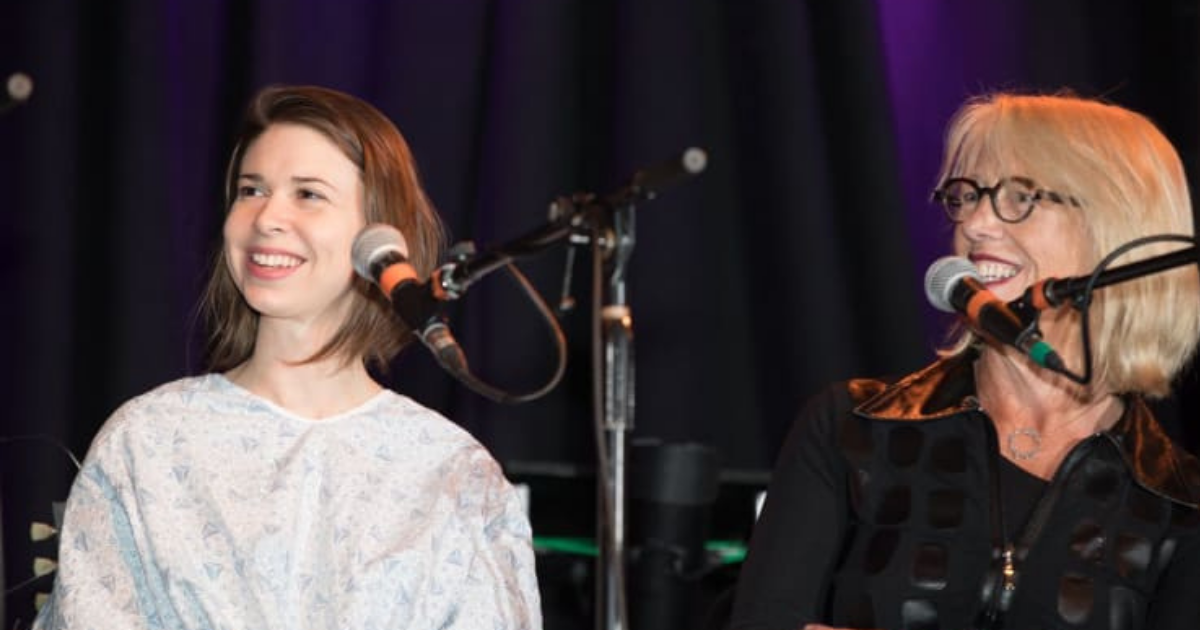 Last week, the annual JP Morgan Healthcare Conference — and its countless wrap around events — descended on San Francisco. There is a stark contrast between the investors and executives inside the venues at JPM and the current state of homelessness and mental health crises on the streets. But there was another dichotomy that needed to be called out: that between the decision-makers and the end-users.

The JPM meeting itself is an invite-only event for executives and investors. Outside of it are numerous other invite-only or know-someone-who-can-get-you-in kind of events. It oozes exclusivity, and in recent years has been called out for its lack of inclusivity of women and people of color. But year after year, they keep leaving out a *very* important demographic — patients.

Investors and executives attend JPM to make deals and decide what is going to be the next hot thing in healthcare, yet they do so without actually including patients in the conversation.

If they want to make the smartest investments, it is paramount they understand the needs and priorities of patients so they don’t waste time and money on useless products and services.

When I bring up the lack of patient voice at meetings, I am met with the same “we are all patients,” or “this meeting isn’t for them.” But as I wrote in a previous post about health conferences, most patients are not in the same position of privilege as those in attendance, which is why their perspective is necessary to make informed business decisions.

My previous efforts to call this out have failed to move the needle, so like any good innovator, I iterated my approach.

This time, I took my clothes off.

A few days before the meeting, a conversation on Twitter got me thinking about the stereotypical uniforms of different roles: suits for the executives, Patagonia vests for investors, hoodies for startup entrepreneurs. So what is the patient uniform?

Sadly, it is the hospital gown. It is as much a metaphor as it is a uniform. Many times when patients are facing some of the scariest moments of their lives, we put them in a cold room, strip them of their clothes and dignity, and impose the treatments and tools on them that others have chosen on their behalf (and then label them “non-compliant” if they don’t follow orders). What goes through one’s mind in moments like this are not the same as when you are wearing a suit and sitting in a position of power at the Fairmont.

So amidst the army of suits, I chose to expose this power imbalance by stripping down and putting on a hospital gown in order to provide a visual representation of the vulnerable position patients often find themselves.

On Sunday, January 12, I had the privilege of speaking on a panel on the future of pharma innovations at the Unherd@JPM event that took place at The Independent theater. The event was convened and moderated by Mike Rea, CEO of IDEA Pharma, and included Lisa Suennen, VC at Manatt Ventures, Tanisha Carino, Chief Corporate Affairs Officer at Alexion Pharmaceuticals, Mary Lou Jepsen, founder & CEO of Openwater, and myself, founder & CEO of our patient-owned cooperative, Savvy Cooperative.

I wore the gown as a reminder of the unique vantage point of patients in hopes that decision-makers at the meeting and beyond would recognize that there are very different perspectives when it comes to healthcare. And when this is acknowledged, it is my belief that everyone can work towards aligning incentives so investors, executives, care teams, patients and other stakeholders can all see value from future innovations.

Numerous people commented on how courageous this was for me to do. But it didn’t take courage for me to wear a gown, just the privilege to have the stage to do it on. This is why I was compelled to advocate for all of those who display real courage: like those who are fighting cancer, living with chronic illness, working multiple jobs to pay off medical debt, or putting on a brave face as they care for their dying family members, all in a system that was not designed for them.

I never thought this simple act would get so much attention, which should give us pause about why a patient perspective is such a novelty.

Yes, JPM is an investor conference, but if they want to make the smartest investments it is paramount that they understand the needs and priorities of patients so they don’t waste time and money on useless products and services that don’t meaningfully impact or seamlessly fit into patients’ lives. It would behoove companies to do their homework and conduct user experience research with patients to understand if there is product-market fit, which will ultimately help with adoption, traction, and perhaps someday, a shiny exit.

I’m humbled this story was covered on CNBC by Chrissy Farr, who said, “Horonjeff has a point. Patients are occasionally invited, but rarely well represented at health conferences. Their perspective is often overshadowed in a sea of conversations about how to make better financial returns in the sector.”

I never thought this simple act would get so much attention, which should give us pause about why a patient perspective is such a novelty. Wearing the hospital gown wasn’t a gimmick, it was a plea to decision-makers to remember who they are working for and go one step further — ask patients.

Research Methodologies: How do you #AskPatients?

Start from the End - Research Questions, Objectives, and Decisions